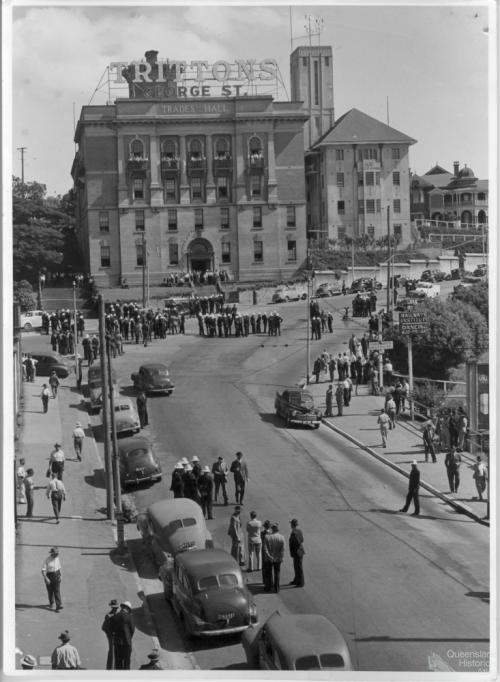 Trades Hall, Brisbane. Trades Hall had long been a centre for radical agitation, from the great strike of 1912 to Peter Beattie’s famous bashing on its steps by overzealous cops after the 1971 Springboks demonstration. Foco however added a different angle to this radicalism – transforming the building’s disused third level into a series of rooms and spaces for a variety of youth-inspired political and cultural activity. The building, already considered a left-wing blight on Brisbane’s landscape, gained added notoriety through its association with ‘dangerous’ New Left types – with its premises being regularly surveilled by special branch officers and Labour movement leaders constantly defending themselves in the press against charges of hosting a drug den. Fryer Library, University of Queensland