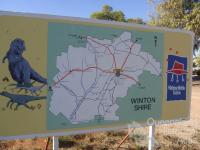 ... and his ghost be heard as you pass by that billabong …

So runs the penultimate line of Waltzing Matilda, the famous song which brings several aspects of Queensland’s vanished heritage into the mainstream of modern Australian life. Queensland’s heritage – beliefs, cultural traditions, language, literature, images, music, places – connect present generations to those which have gone before. As that one line from Waltzing Matilda suggests, cultural heritage reflects the impact of the environment on people and the impact people have on their environment when they respond to the opportunities and challenges it offers.

Queensland’s enormous and ancient land mass fringed with islands to its east and north has given rise to a richly varied store of places, customs, tales and images, some of them thousands of years old, some of them comparatively new. Queensland’s two Indigenous peoples – Aboriginal people and Torres Strait Islander people – respond to a rich heritage of stories, music, art and places which read the landscape and explain its role in both the spiritual and physical lives of their communities. For people of all cultural backgrounds, places in the landscape can act as footprints showing the path from the past to the present. If too many footprints have vanished, the path can be lost. Landscapes are never vacant; wildernesses devoid of human interference are rare.

Europeans made little impact on the Queensland environment until the 1820s when the first of many waves of new settlers arrived from the other side of the world bringing with them entirely different beliefs, traditions, ways of living and attitudes to the land and its resources.

From the Torres Strait in the north to the New South Wales border in the south, from the Pacific Ocean in the east to the Northern Territory border in the west, forested lands were cleared for farming, grazing, building towns and constructing roads and railways. Coming to terms with an environment vastly different from familiar Europe gave rise to stories and songs like Waltzing Matilda and places as tangible as the Mount Isa mine.

Imagination plays an important role in explaining the significance of place both to people who are familiar with it and to those who have never experienced it. Places can evoke long-gone memories, as the poet Marjorie Pizer wrote of visiting her childhood home:

Ghosts of my childhood walk around with me

While strangers work in every room I knew.

The loss of neighbourhood buildings – houses, churches, schools, shops – is more than the loss of local landmarks; such loss also removes the markers of the continuity of the lives of individual people and whole communities. Photographs, paintings and other images are but pale shadows of real places; much remains in the imagination to distort the image and the memory.

Imagination not only stimulates lost memories, but can also generate fear and uncertainty. Whether or not a ‘Brisbane line’ was ever drawn on military maps to mark a boundary just north of Brisbane south of which Japanese invasion would be resisted, the idea added to feelings of abandonment and isolation in communities to the north which persisted far longer than the course of World War II.

Remembering vanished places is also a creature of the senses. The huge Arnott Morrow biscuit factory which once sat on Coronation Drive on the edge of the Brisbane central business district emitted enticing aromas of biscuits baking, a sensation which can still be recalled by those who knew it as they pass the huge complex of apartments which replaced the factory. Sight assists those who gaze at a landscape recalling settlements or individual buildings which once sat there. The Atherton Chinese settlement is marked by the Hou Wang Miau temple which remains on its edge, but despite the efforts of archaeologists, only those who knew the shops and houses which made up a lively community which depended first on goldmining and then on farming can populate the vacant space surrounding the temple.

Human agency can remove places and alter landscapes irrevocably. The wreckers’ balls which removed the Cloudland ballroom in Brisbane altered the highest point of Bowen Hills as much as the construction of Cloudland changed it in an earlier generation, removalists with drays moved the entire town of Clermont out of danger of a repeat of the disastrous 1916 flood.

The light timber construction of many of Queensland’s buildings with tongue and groove finishing enabling boards to move up and down, and galvanised iron sheet roofing which can be removed and replaced, facilitates removal far more easily than the stone-by-stone or brick-by-brick method needed in other forms of building. Moving timber buildings has become part of the heritage of Queensland architecture, but the destination’s gain is the original location’s loss. Timber construction is also vulnerable to natural forces: fire, flood and consumption by termites. These are the losses which leave vacant spaces to be filled only with grief and nostalgia.

Places remaining in the landscape symbolise old functions and bygone ways of life. Whether decaying gently into ruin, or brightly trumpeting new functions, sites of mining towns or warehouses where wool was packed ready to be loaded bale by bale onto ships, retain the essence of former ways of life. Some places from past times are rediscovered and loved. Timber houses on stilts are repainted, renovated and expanded. But the urge to renovate and adapt may be just as illusory of the real experience and just as false a cultural memory as a folk song about a swagman waltzing his matilda to a waterhole.

But of the hut I builded

There are no traces now,

And many rains have levelled

The furrows of my plough.

The glad bright days have vanished;

Above my Mary’s grave.

Graham Connah, Of the hut I builded: the archaeology of Australia’s history, Cambridge, Cambridge University Press, 1988 (1993) 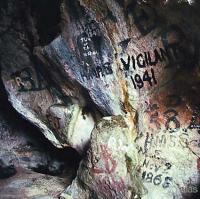 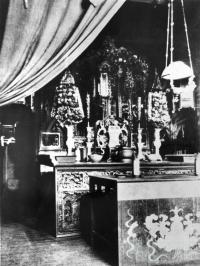