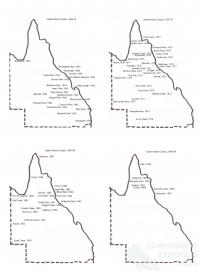 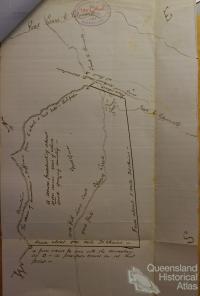 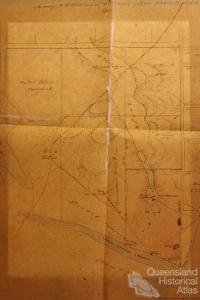 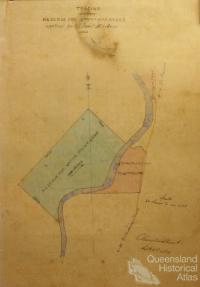 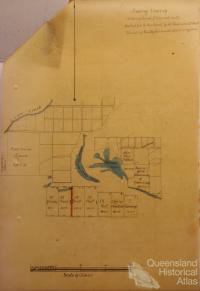 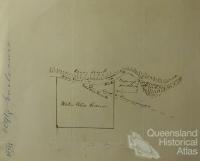 England, like most European powers, conquered and ruled a large colonial empire during the eighteenth and nineteenth centuries. In Queensland, as in other parts of the colonial world, some Indigenous people tried to survive the changing times by helping the invaders – their new imperial masters. Armed Indigenous forces were used throughout the British Empire, well before Queensland became a self-governing colony in 1859.

Europeans would probably not have succeeded in fully colonising Queensland in five or six decades, as they did, without Indigenous assistance, particularly from the Aboriginal members of the Native Police force. Any resistance to colonisation was ruthlessly crushed by Aboriginal troopers led by European officers, but the real history of the Native Police has not been told until recently.

Members of the force were involved in the brutal deaths of a large number of Aboriginal people in Queensland, for more than 50 years from 1848, but the majority of Indigenous deaths during this period were not recorded. The massacres of Aboriginal and Torres Strait Islander people were often called 'dispersals' in the nineteenth century. The forcible removal of Aboriginal and Torres Strait Islander people from their own country and kin, the stolen generations, which continued for decades throughout Queensland, often began with ‘removal' by frontier violence.

Colonists believed Indigenous people were not needed in their ‘new' world, but the land they owned, and all the associated resources, were, so the ‘removal' of Aboriginal people from the landscape, and our recorded history, began. Records clearly show that Aboriginal people were forced to witness the collapse of their own languages and cultures, while these uniformed ‘killers' made sure none of them resisted the whiteman's advance.

For the new ‘owners' of Queensland, the Native Police were, as one colonist Charles Eden in 1872 described them, ‘a question of necessity'. Europeans, outnumbered by Aboriginal people in many parts of Queensland for decades, relied on the force to quell their fears and to quieten the many calls for ‘police protection' after any ‘outrage' by ‘the Blacks'. The alternative, as many of the migrant ‘fortune-hunters' and ‘land-seekers' saw it, was the complete ‘abandonment of the colony' – an admission of defeat in an undeclared, dirty, secret war.

It is frightening how the average colonist supported the violence and terror against Indigenous people, but it was the same in many other parts of the British empire. In 1861, Sir George Bowen, Queensland's first Governor, wrote about other colonial forces which were similar to the Native Police. These were the Malay Corps in Ceylon (Sri Lanka), the Cape Regiment in the Cape Colony (South Africa) and the Native units in India.

In Ceylon, the British recruited Malay men as soldiers. From 1802, these ‘irregular forces' were part of the Malay Corps, a force much like the Native Police. The British army, with the assistance of the Malay Corps, defeated the Kingdom of Kandy in 1815. A second colonial formation, the Kaffir Corps, also operated in Ceylon from 1804. Detachments of black mercenaries, recruited and armed by the British in Africa and India, were used in an ongoing campaign of terror and destruction against the Singhalese until 1825.

Similar military units evolved at the Cape Colony, at the tip of southern Africa. Dutch and British officials recruited members of the Khoekhoe, known by Europeans as the ‘Hottentots', as soldiers. The Corps Bastard Hottentotten, composed of Khoekhoe men and ‘Bastards' (people of mixed race origins), was the first armed force. A second force, the Pandour Corps, was established in 1793, and this became the Cape Regiment in 1806. Later renamed the Cape Mounted Rifles, this formation was involved in a number of frontier clashes in southern and eastern districts of the colony until 1870.

In India, Native troops or 'sepoys' helped the British to control most of the subcontinent. They defended the empire's boundaries as well as maintaining law and order across India. In 1857, the East India Company employed 238,000 Indian soldiers. The British government, which took over the company's army and reorganised it after the 1857 Mutiny, continued to rely heavily on loyal Indigenous forces for another 90 years.

In Queensland, settlers used the Native Police for the same reasons as in other colonies. Native forces were seen as fearless and determined fighters, especially when they were fighting other Indigenous people. They could be used for tasks that Europeans were reluctant to do, especially killing Indigenous people showing any sign of resistance.

Indigenous people were able to find their way through swamps and thick scrub which defeated Europeans, while their ability to track people and game was also ‘useful'. Indigenous soldiers and police were usually less affected by disease than Europeans, particularly in the tropics. Many learnt to speak local dialects and languages, another useful attribute. Finally, they cost much less in wages than Europeans.

Each Native Police detachment consisted of one or two European officers leading about six or eight Aboriginal troopers. Each Indigenous man took care of his horse, gun and uniform. The wages of fear and death – for the troopers – were a few pennies per day. The officers were not particularly well paid either, and many had ‘problems with liquor'.

Detachments were constantly on patrol, watching for the slightest sign or news of Indigenous resistance. They responded to attacks by ruthlessly tracking the Aboriginal people they thought responsible, and, if they found them, shooting to kill. Often, the troopers surrounded Aboriginal camps under the cover of night, then attacked at first light. It was not uncommon for the bodies to be burnt to cover up the killings.

The force was supposed to be used only against Aboriginal people, but sometimes troopers were used against Europeans and others on the Queensland frontier. The force operated under regulations, published in the Queensland Government Gazette, but there were different, ‘practical' rules in the field. It seems that troopers were supposed to shout a warning before firing at Aboriginal people, but they clearly did not always do so. If they called in English, many Indigenous people may not have understood the warning.

Recruits, issued with dark blue jackets, military caps and striped trousers, were easy to find in some parts of Queensland, but in other places police could not find one volunteer. The greatest problem for the commanders of the Native Police was desertion. Apparently, many Aboriginal men quickly realised what was expected of them and ran away from the force's camps soon after joining. Others may have left after they were treated badly by officers: some were beaten or whipped, while others were shot.

To overcome the shortage, the Queensland government started approving remissions of sentences in 1873 for Aboriginal prisoners who agreed to become Native Police troopers. Although some of them were serving long prison terms for committing violent crimes, often against other Indigenous people, this practice continued during the 1880s. Most Queensland settlers did not know this happened.

Native troopers in units such as Queensland's notorious Native Police were practically invisible: their lives and deaths, particularly on remote frontiers, were of little importance to settlers and governments alike. It is much easier to learn about the Europeans who led these formations, mostly adventurers or ex-army officers, and the sons of soldiers, than to find the slightest detail about the Indigenous men they commanded.

We don't really know what life was like for Indigenous men in the force because the few surviving records about them usually only mentioned disciplinary problems. Disputes between troopers, passing interactions with local communities and ‘unauthorised' violence might lead to further action, but usually only sketchy details survive. Aboriginal men probably joined the force to gain access to rations, money and women.

Aboriginal women and their relationships with troopers caused problems for officers. Records show troopers, and some officers, took Indigenous women as prisoners. Some, who survived Native Police attacks, were probably killed or released once the troopers had satisfied their lust, but other women remained with the men as partners. Often referred to by the derogatory term ‘gins', some of these women formed stable, long-term relationships with both officers and troopers. Eventually, most officers realised that married troopers caused less trouble, and they stopped recruiting single men.

Criticism of the Native Police

These sorts of incidents, especially those involving women and desertion, give us chilling insights into Native Police operations in Queensland. The Native Police, a low-cost bush force and an attractive solution to the problem of Indigenous resistance, made some people uneasy. The constant desertions and the troopers' unreliability meant the troopers, who terrorised their countrymen so easily, could also send a shiver of fear down the spine of the very people who found the force so useful and convenient.

Queensland colonists eventually decided that the Native Police was neither reliable or the best answer to the problem. Issues such as the relations with local Aboriginal women and the substantial desertions made it inconvenient, disruptive, and nearly always dangerous.

Issues like recruitment, discipline, and loyalty worried colonial officials here, just as they did in other similar units across the empire. Recruiting Indigenous men and keeping them in the force were the main problems, but the cost of rations and other stores was always contentious, leading some colonists to describe the Native Police as an unnecessary drain on the public purse.

Despite their loyalty, the troopers were usually blamed for the force's violent reputation during the nineteenth century. The records show that troopers were nearly always on patrol under the command of a European officer, a number of whom either feared or hated the men under them. Some police as well as members of the public admitted they were not really comfortable with the troopers, but others came to rely on them for their lives. Many remained afraid that Aboriginal troopers might turn against their colonial masters – the ultimate frontier nightmare. Some colonists blamed the colonial government, rather than the troopers, for the evil. However, the ‘urgent' requests for ‘police protection' continued for decades.

The widespread and ruthless killing of Aboriginal people took place in every part of colonial Queensland and the islands offshore. The Native Police existed for one purpose only – to kill Indigenous people. Racial violence based on skin-colour was accepted and supported in Australia, just as it was on other frontiers and in contact zones throughout all the European empires. The terror and violence that Europeans brought against Indigenous people was a ‘normal' part of most colonisation schemes for hundreds of years.

Some people have publicly claimed Aboriginal people ‘never lived' in many parts of Queensland because they had never ‘seen any', but one of the real causes for their absence was the murderous activities of the Native Police. Perversely, some people now claim that the high death toll on the frontier as a result of the force's operations meant contemporary Native Title claims were rendered invalid. Although many were killed, enough people survived to prove that argument completely wrong.

Charles Eden, My wife and I in Queensland: an eight years' experience in the above colony, Longmans, Green and Co, London, 1872 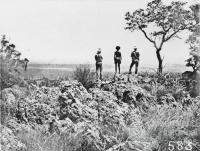 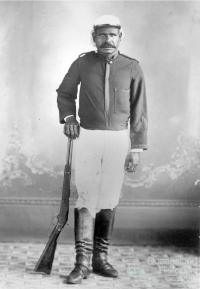 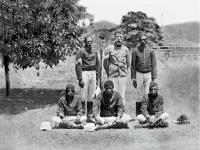