Prostitution is a difficult concept to define. Its most simple form involves direct payment for sex although historians acknowledge that the process and meaning of these transactions is messy; they are historically and culturally contingent, governed by a complex mix of power relations. In turn-of-the-century Queensland, prostitution was viewed predominantly through imported British lenses of gender, class, and race; often they were tinted with exaggeration and hyperbole. This was especially true when it came to street-walkers, working-class women, and Asian immigrants. Imperial models constructed a spatial order which identified immoral women and the spaces they inhabited. The authorities marked out certain locations for surveillance and created facilities to remove and segregate deviant individuals for punishment, treatment, and potential reform. Brothels themselves were simultaneously cast as illicit, morally corrupt and undesirable, but accepted as a necessary outlet that might contain and confine working-class and ethnic sexualities and prevent depravity from spilling onto the streets.

Queensland’s public space in this period was predominantly a male domain; the masculine legacy of a colonial frontier world continued to echo through the early decades of the twentieth century, resonating outside the metropolitan south-east corner and the major regional centres dotting the eastern seaboard. Arguably, this feature was so heavily embedded in the landscape that any public woman might have been cast as a prostitute or considered dangerously close to becoming one. In this environment, respectable women were always private; they displayed restraint and stifled any overt or explicit sexuality, ideas inherently associated with middle-class values. Working-class women, on the other hand, were assumed to possess less self-discipline and were considered more likely to succumb to corrupt influences and subsequently ‘fall’ into public habits.

Asian immigrants also came in for special concern, allegedly importing immorality and vice as part of their cultural baggage. This nexus was not lost on the press who were quick to point out the lurking dangers posed by Asian establishments. Setting aside any misrepresentation by the newspapers, North Queensland, in particular, was a racially heterogeneous world and estimates suggest that non-Europeans here accounted for almost forty percent of the population in 1901. Thursday Island and coastal townships such as Innisfail and Cairns, and to the south, Mackay and Bundaberg, housed populations of Japanese prostitutes in the late 1890s. These women may have engaged in prostitution to help bankroll other business interests and finance capital accumulation. Northern settlements were also home to Chinatowns where brothels, opium dens, and sly grog shops sat alongside temples and trade stores. These activities were tolerated, in part, because of the significant presence of South Pacific Islanders in this reach of the colony; the ‘Birdcage’, a brothel operating in 1892 in Bundaberg, for example, was well known for its services to the male Kanaka population.

Numerous locations in the capital, Brisbane, were also reputed hubs of female deviance. The most notorious of these could be found in the East Ward, an area in the city proper which took in a series of rundown buildings in Albert Street known as the ‘nine holes’, and other venues in nearby Charlotte, Mary and Margaret streets. In the early 1890s, two adjacent houses of ill-fame in this precinct accommodated six girls and one madam. The police observed 23 men enter the house between 11 pm and 2 am and apparently, ‘there were nine other houses occupied by prostitutes within 100 yards of [this] residence’. The lessors of premises in this area recognised the profitability of the trade peddled here, charging women twice as much rent for a house as would be anticipated in ‘respectable neighbourhoods’. Other infamous zones included Fortitude Valley and South Brisbane (the latter became increasingly notorious in the first decade of the twentieth century), and elsewhere in Brisbane, a small number of brothels operated out of inner city suburbs such as Toowong, Red Hill and Ashgrove around the same time.

The more reputed houses of ill-fame were often characterised as rowdy and rambunctious. At one West End property, women apparently wandered about in the nude using foul and obscene language and cars and clients arrived at all hours of the night. Nearby residents claimed that these antics disturbed otherwise respectable citizens with those affected unable to sleep on verandahs for fear of offence. It was also alleged that such behaviour would also affect the value of property: residents in some areas threatened to sell their houses at a loss. Many public claims of this kind were found to be unsubstantiated by the police.

In regional centres, operations were more circumspect with brothel owners in smaller towns often disguising the nature of their business. In 1896, one disorderly house in the main street of Longreach appeared to function as a legitimate refreshment store with any soliciting only taking place quietly indoors. Similar patterns are evident in Maryborough and Cairns in the early twentieth century. Prostitutes were also known to frequent parks and paddocks and operate from humpies and tents. This feature of prostitution appears especially marked in regional and rural areas notwithstanding urban patterns of Brisbane’s public space. Temporary arrangements were often the norm in mining centres. In 1911, for example, sexual services were provided from ‘a small humpy on Ruby Ridge near the Incinerator’ in Millchester, near Charters Towers, while three women solicited men by moonlight in the Mount Morgan Company paddocks near Rockhampton.

Prostitution in fin de siècle Queensland was governed by a series of laws and regulations. The state deployed a range of mechanisms to control and contain female deviancy, segregating certain women in lock-ups, prisons and lock hospitals; and in the name of reform, industrial homes, where fallen girls and women might be saved and returned to their rightful place in the home. The most insidious and repressive provisions were contained in An Act for the Prevention of Contagious Diseases (31 Vict. No. 40). Modelled on British precedent, this legislation was introduced to the colony in 1868. This so-called public health measure was really designed to control the unrespectable poor, especially women, allowing the authorities to monitor, register and incarcerate infected women. After 1911, the Health Act Amendment Act (2 Geo. V. No. 26) cast venereal disease as a health disorder rather than a crime although the lock-hospital remained a salient feature of the legislation. Clause 132E of the Act made all forms of sexual solicitation punishable by fine, imprisonment or detention in a reformatory. As one newspaper report in 1911 noted, the provisions were considered to ‘affect chiefly women of ill-fame and the men who act as their paramours, both of whom are liable to spread infection, and both of whom at some time or another may find their way into gaol’.

Alongside these measures, criminal charges could be deployed under existing nineteenth century statute law although it was not until the Queensland Criminal Code was introduced in January 1901 that meaning of ‘bawdy house’ was explicitly defined. Arguably, the most readily deployed policing instrument used to control prostitution was the summary offences contained in the vagrants’ acts.  They loosely-defined obscene, immoral and petty criminal behaviour and provided the authorities with a range of charges to detain wayward women. Alongside these measures, local councils relied on by-laws to control prostitutes and their establishments, although Brisbane inspectors noted the difficulties in controlling houses of ill-fame, acknowledging that when they closed down one residence, it simply moved to another district.  According to evidence submitted to the Fitzgerald Inquiry in the late 1980s, a number of turn-of-the century brothels continued operate as late as the 1950s.

Christopher Dawson, Intemperance and the train of evil: a life on the wrong side of the tracks in colonial Brisbane, Fairfield Gardens, Boggo Road Gaol Historical Society, 2008

Barbara Sullivan, The politics of sex: prostitution and pornography in Australia since 1945, Cambridge, Cambridge University Press, 1997 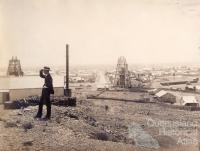 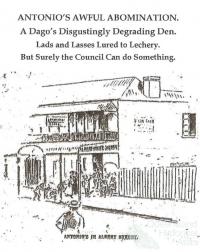 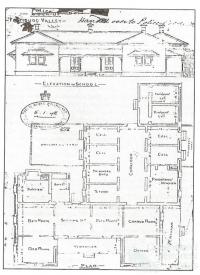 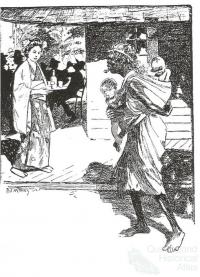 A Japanese prostitute and an Aboriginal woman, The Bulletin, 1904