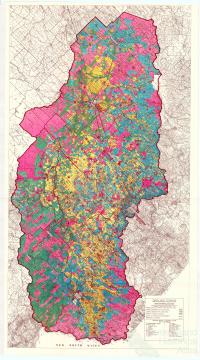 I used to put my dairy herd in that paddock, and if all of the cows stood in the bottom of a gully at the same time, you couldn’t see a beast in the paddock!

That’s the way Sandy Huston recalled the erosion damage to his Darling Downs farm in the 1940s, when much of Queensland’s dairying and cropping lands had been seriously transformed by soil erosion, as quoted in Harvests and heartaches in 1988.

Soil erosion has been responsible for shaping the face of Queensland. Erosion is capable of breaking down the hardest of rocks and wearing away the highest of mountains. But when landscapes are used for food production, mining or urban development, the rate of erosion is greatly accelerated. The result is a decline in the productivity of the land as well as an adverse impact on the quality of runoff that feeds creeks and rivers and flows into oceans.

Prior to European settlement, Indigenous people frequently used fire in the landscape to drive out animals they were hunting, and burned off dry grass to promote fresh green growth to attract animals. Such burning had an impact on the ecological development of the landscape including the species composition of the native vegetation. But this impact was less significant when compared to the changes following European settlement of Queensland in the nineteenth century.

Queensland has great variations in climate, soils and topography. Annual rainfall varies from 3000 mm per year in the Wet Tropics to only 125 mm in the arid areas of the southwest. Around 75% of the state is used for grazing of cattle and sheep. The growing of agricultural crops is limited to only 2% of the state where suitable combinations of soils, climate and topography exist.

Pastoral occupation took place from the 1840s after the Leslie Brothers had ‘squatted’ on the Darling Downs. Other squatters soon followed. The extreme variability of the Queensland climate created problems for graziers. Excessive stocking during periods of below average rainfall removed protective plant cover and exposed soil to wind and water erosion. It was increasingly clear following the Great Drought of 1898-1902 that pastoralists in the west of Queensland had overstocked their land.

By 1950 a relatively small amount of land was being cultivated for growing crops like wheat and maize on the Darling Downs and the South Burnett and sugar cane and horticultural crops along the coast. By this time soil erosion had become a serious problem. In 1950 the Queensland agricultural journal reported that 16,000 ha of land on the Darling Downs had become so badly eroded that it could no longer be cultivated.

Factors contributing to the erosion problem were the steep slopes that were often cultivated and the management practices that led to a lack of surface cover on the soil.

The land surface is usually covered by plants or the mulch provided by dead plant materials. Crop harvests were usually followed by burning crop stubble and then cultivating the soil whenever weeds began to emerge. These practices left the soil in a bare condition and exposed to the impact of heavy raindrops.

The Queensland Government commenced a program to counter the serious erosion threat. In 1935 Frank Skinner, the State’s first soil conservation extension officer had surveyed the first contour banks to control erosion at what was then known as the Willowburn Mental Hospital on the northern outskirts of Toowoomba. Following his recommendations, in 1948 a number of demonstration farms were established on farms with serious erosion problems and which were readily visible to the travelling public. Field days on these farms in the 1950s attracted widespread interest with up to 700 farmers attending. While contour banks and waterways were necessary in cultivated land to manage runoff and avoid the development of deep gullies, the need to improve the levels of surface cover was also apparent.

Since the 1950s there have been significant improvements in the adoption of soil conservation practices. The disaster paddocks that were once a feature of cropping lands are in the past. Many steep paddocks that were once cultivated have been returned to pastures or trees. Practices like zero tillage are providing 100% cover to the soil. Most cane farmers have abandoned the burning of cane and their soil is now protected with a ‘blanket’ of green cane trash.

Graziers are recognising the value of using more conservative stocking rates that match seasonal conditions. This strategy ensures a more productive pasture and reduced vulnerability to the dry years that are a certainty in the highly variable weather conditions that are a feature of Queensland’s climate.

You can still detect the sites of the big gullies on Sandy Huston’s block but today you couldn’t hide a cat in them let alone a cow. Vigilance and the continued adaptation of management practices is required to maintain the future productivity of agricultural land.

Bruce Carey (ed), Opportunities to achieve the sustainable use and management of land in Queensland, Australian Society of Soil Science Inc (Queensland Branch), 2008 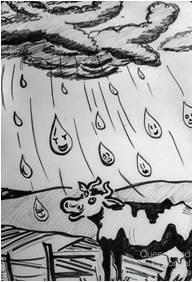 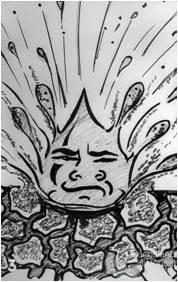 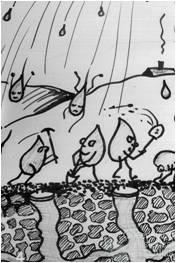 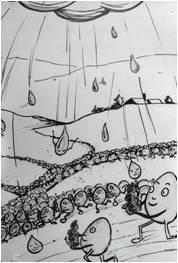 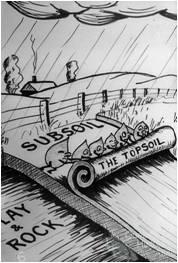 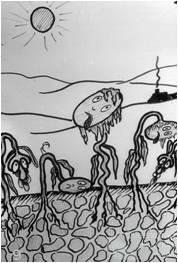 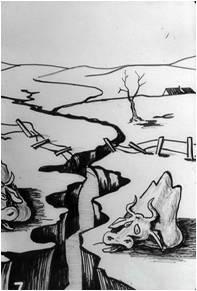 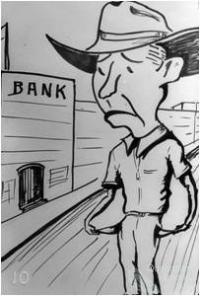 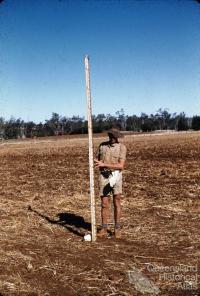 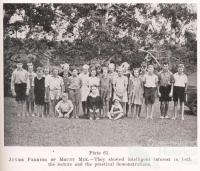 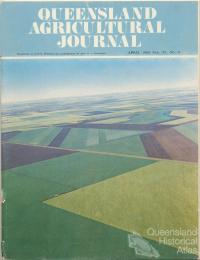