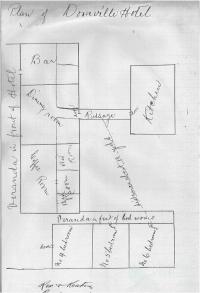 Public space has been a defining feature of modern homosexual subcultures. Like most western cultures, Queensland outlawed sex between men during the nineteenth and most of the twentieth century; the local scientific community considered homosexuals as perverse and mentally-ill.  But despite this opprobrium, certain men enacted public codes and behaviours as part of their identity, using them to attract like-minded others. At the turn of the nineteenth century, these markers began to coalesce; creating the beginnings of urban male subculture and informing a common sense of self. Patterns in Brisbane were paralleled, in part, by developments in rural areas and small towns with travel between the city and country diffusing shared ideas and experiences. Only the rich could afford their own privacy, and this helps explain why most of the remaining court evidence appears to be the domain of the working classes. The records reveal that 116 definitive charges of male-only sex appear in the courts between 1890 and 1914.

Mateship and the rural world

Late-nineteenth century Queensland was largely a masculine preserve predicated on mining, agricultural, and pastoral pursuits. Men still outnumbered women 132.2 to 100 in 1890 and by 125.3 to 100 in 1900. This imbalance persisted into the early decades of the twentieth century: even by 1914 there were 118.5 men for every 100 women, figures that were magnified outside the larger metropolitan centres of Brisbane and Toowoomba. It was here beyond the confines of urban life that mateship emerged as the dominant narrative of masculinity. The standard Australian male, based upon the egalitarian bushmen and pastoral workers of the nineteenth century, was forged in the harsh social and climatic conditions of the Australian bush. By definition, these men had little social infrastructure, limited or no family networks, and a dearth of female companionship.

But despite these large numbers of single, young men, few historical accounts have acknowledged same-sex possibilities of mateship. Features of rural working life, such as the perennial circuit of migratory male workers, meant that men and youths were often left with little choice but to sleep in makeshift huts and share accommodation with other men. Sleeping rough under the stars was also common. Young men in their sexual prime often had little choice but to share each others’ company and the court evidence reveals clearly that the line between friendship and intimacy could blur. In isolated male-dominated communities pubs and hotels were the focus of entertainment and a place for company for these workers. Alcohol loosened tongues as well as inhibitions and the use (and abuse) of alcohol was a constant feature of male-only encounters in frontier Queensland.

Homosexuality was not restricted to Caucasian population. Chinese, other Asian, and Pacific Islander men, were also involved in same-sex relations. Some Islanders came from societies where homosexual initiations were fundamental to becoming a man, or where homosexual acts were tolerated in male society. In 1900, for example, at Airdmillan Estate near Ayr in north Queensland, a 25-year-old South Sea Island labourer slept with another island recruit, explaining to the police: ‘… me sleep long a him ... me dream and think him woman’. Five cases involved Chinese men between 1890 and 1914 and one case a Japanese defendant.

A small, but visible, urban subculture based on public space emerged in Brisbane around this time. Boarding houses and places of employment were an important part of this network: men propositioned others in workplaces, especially when employees bunked down together, and a number of lodgings, including the Newstead and ‘Woodlands’ boarding houses in inner Brisbane, provided sexual opportunities under the right circumstances. Cinemas and risqué coffee houses were another feature of the subculture, and in 1907, the Truth described a man of the ‘coffee-room class’ alleged to proposition young men in certain establishments. In regional centres too boarding houses could bring together like-minded men, and hotels in small towns offered potential contact. Even men living on isolated pastoral stations played a small but integral part in forming a wider identity based on more than just sexual release. In 1907, one shearer looking for male contact spent the night at the Dornville Hotel in Millmerran, near Pittsworth, rather than staying at his mother’s farm nearby.

Patterns of urbanisation and industrialisation ensured that Brisbane remained the primary centre of any rudimentary homosexual identity in this period, and the use of public space, especially around transport hubs, was an important feature of this terrene. By enacting practices on naturally formed or constructed terrain, certain men imposed meanings on a given locations. By the end of the nineteenth century some men began to rely upon the visibility of difference to meet like-minded others. They marked their sexuality through dress, demeanour, or affection meeting suitors on public trams and city streets. A well-known Brisbane case in the early 1900s described one ‘city queen’ with an elaborate dress code. Those ‘in the know’ could spot a potential suitor and sometimes a simple gaze was enough. Beats – a uniquely Australian phrase that designates any (public) space that men might convene to socialise and have sex – sprang up in urban areas, although they can be traced as far back as the 1860s. They blended together working-class and middle-class men, married and unmarried men, those who considered themselves as homosexual, and those who did not.  By 1900, Brisbane’s Botanic Gardens and Wickham and Albert Parks were known meeting spots. The area around William Street and Victoria Bridge was also popular. The introduction of ‘gross indecency’ to Queensland’s Criminal Code, in force from 1901, signalled a growing awareness of this community. The offence covered acts of mutual masturbation and oral sex in public or private, giving the police a new tool to control and contain unwanted homosexual behaviour as they ramped up efforts to keep certain locations under surveillance. There is also some evidence that newspaper articles on male sex in public may have served as a guide to Brisbane’s sexual underground even though their primary purpose was to proscribe such activity.

Outside the public eye others were more outrageous. Patterns of effeminacy and gender-inversion were accepted forms of self-expression in some circles and were certainly an embedded part of homosexual identity by the 1920s. One group of ‘Cissies’ turned up to a  bachelor party with ‘carmined lips, powdered faces, painted eyes and long marcella waved hair’. They feminised their personal space marking their abodes in ‘soft and seductive colors [sic] of pink and mauve’ embellished with ‘shaded lights and exotic flowers’.  They also called each other ‘girlish names’. Indeed, female names and pronouns could be employed as code in public and were used as far back as the convict period in Australia. Along with other slang, they became significant markers of social cohesion. The word ‘puff’ for example – an effeminate term used in London from the 1830s onwards – appeared in a Brisbane court case in 1905. ‘Dropsey is a puff’ one the youths explained. ‘There are plenty of others in Brisbane who do it besides us mob, so I am not the first’.

Clive Moore, Sunshine and rainbows: the development of gay and lesbian culture in Queensland, St Lucia, University of Queensland, 2001

Yorick Smaal, ‘More than mates?: Masculinity, homosexuality, and the formation of an embryonic  subculture in Queensland, 1890-1914’, MPhil Thesis, University of Queensland, 2004 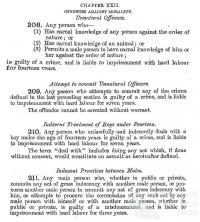 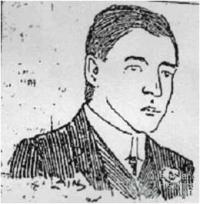 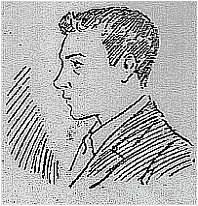