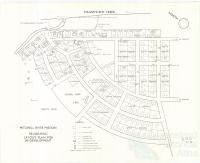 For many Australians it is hard to comprehend that the last Aboriginal mission in Queensland closed in 1987. The tiny community of Wujal Wujal on Cape York Peninsula was once the Bloomfield River Mission, and remained under the control of the Hope Vale Mission Board until 1987. Together with fourteen other ‘Deed of Grant in Trust’ (DOGIT) communities, Wujal Wujal is a testament to the survival of Aboriginal people and Torres Strait Islanders despite legislation introduced by the Queensland Government in 1897 which effectively controlled the lives of Aboriginal and Torres Strait Islander people, the Aboriginals Protection and Restriction of the Sale of Opium Act, 1897. At that time there had been, according to historian Val Donovan, a ‘general perception that Aboriginal society was doomed to extinction’.

Many groups did not survive due to disease or massacres, but residents of those communities have spiritual and emotional wounds that in many cases will never heal and their journey cannot be comprehended. More than 7000 Aboriginal people were removed to 64 missions and reserves established throughout Queensland between 1898 and 1939. Although they were geographically isolated, missions and reserves were often established at existing Aboriginal campsites or nearby to their freshwater supply. Aboriginal people’s knowledge of landscape and their survival and cultural skills had once been invaluable to the early explorers and settlers. Their support continued through droving times as station hands or during the war years assisting European women left on properties for long periods while their men were away.

In 1863 a short-lived Government station had been established at Somerset, Cape York Peninsula and while the adjacent Mission settlement that followed did impact on local Aboriginal and Torres Strait Islander groups, it had a similar lack of success in its Christianising role to the early missions in southern Queensland. Ironically it was the success of the London Missionary Society following ‘Coming of the Light’ in 1871 with its Christian message to Torres Strait Islanders that opened the outer islands of the Torres Strait to Government intervention following the 1879 border expansion and the establishment of the Government residency at Thursday Island in 1879.

Displacement of Aboriginal people resulted in loss of cultural knowledge for many groups removed far distances from their traditional lands. People were unable to maintain their spiritual relationship with sites of cultural significance within their homeland that is the foundation of their very existence. In most missions they were also forbidden to continue cultural practices. Being taken from their own personal ‘story place’ can result in ill health and being removed from ancestral sites has an enormous impact on emotional and spiritual well-being. People from remote areas of the tropics of Cape York Peninsula were transferred to colder climates of south central Queensland, and exposed to introduced diseases and viral infections to which they had no resistance. Similarly people from freshwater country of inland Queensland were isolated on reserves such as Palm Island restricted and surrounded by saltwater. These missions and reserves also became sources of labour and both Aboriginal people and Torres Strait Islanders have made major contributions to the development of many industries across Queensland, particularly the pastoral and agriculture sector.

Despite losses, cultural information has survived and been passed down from one generation to the next and the need for continuity has united these communities. Some have become ‘hybrid’ cultural groups with a new social and political awareness resulting from being relocated and co-located with diverse groups – sharing experience rather than cultural affiliation. Cherbourg today is a strong supportive community and a combination of almost 47 different groups as a result of significant relocations. Hopevale on the other hand predominantly has Traditional Owners with few outside groups married into the community, some having returned with them from Woorabinda after the war years. Their experience far away at Woorabinda only lasted for up to ten years, and returning to the remote location of Hopevale, they have been able to maintain many aspects of their culture. Wik and Kugu people from Aurukun experienced fewer removals from country, and their remoteness and support from the missionaries enabled them to continue elements of cultural practice during the mission years.

Common with all communities is the supportive social structure and family unity, affirming the basic principal of traditional Aboriginal culture. This has formed the foundation of the mission and reserve communities that have survived today with a new social structure that would have once contravened cultural protocols with peoples from many groups living as one and intermarrying. Through their combined and shared knowledge they ensure the survival of culture. In traditional times, concerns and disputes were discussed by Elders, and this practice continues with all communities. Younger generations of both Aboriginal people and Torres Strait Islanders have found a political voice to raise awareness and continue to pursue equality and justice. Communities are also creating tourism ventures, promoting the Queensland experience as different to other parts of Australia.

Aboriginal people and Torres Strait Islanders have survived adverse circumstances through the history of European occupation that attempted to erase Indigenous people from the landscape. They continue to progress a strong culture, now expressed in a variety of new ways. Their knowledge of their traditional lands and places within the landscape, is a valuable asset towards sustainable management and Traditional Owners work closely with resource management programs to ensure their cultural, spiritual and economic relationship to country is respected.

Val Donovan, The reality of a dark history: from contact and conflict to cultural recognition, Brisbane Arts Queensland, c2002 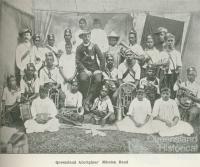