Separation: divisions in the landscape 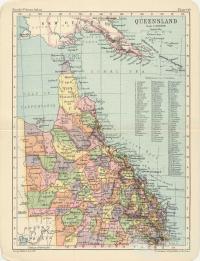 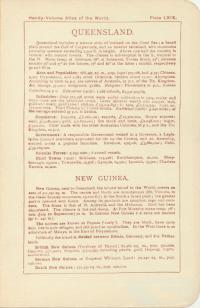 Rounding a bend in Brisbane’s wide, slow river the Breadalbane comes into view. Excitable crowds filling the jetty and the lawns behind break into cheers and flag-waving. Cue the music. The word of the day, spoken on everybody’s lips, is ‘separation’ – a political break with Sydney and the aloof self-interest of its elites, and a new era of ‘responsible self-government’ in Australia’s north. Moments later the pompous, portly figure of a colonial governor steps ashore, his pretty wife at his side. He acknowledges the jostling onlookers with a wave and a nod of his feather-crowned head, clears his throat, and commences the official business of proclamation.

With all its confected sense of occasion, this scene provides a foundation moment in Queensland’s colonial history. It occurred in spontaneous actuality on 10 December 1859, as Governor Sir George Bowen arrived to proclaim Queensland’s creation as a self-governing colony under British sovereignty, no longer part of New South Wales. It was re-lived a hundred years later when an actor and a TV weather girl dressed in period costume waved to an assembled crowd drawn from Brisbane’s amateur theatre groups. And once again, in 2009, it provided the official historical pageant for the State’s sesquicentennial anniversary celebrations.

Queensland owes its very existence to an act of separation, the culmination of more than a decade of local anger at the neglect of the Moreton Bay district by politicians and officials in Sydney. Revenue from land sales and customs duties disappeared southwards, never to be returned. Brisbane’s water supply was risible and its port facilities virtually non-existent. By the time local residents made a direct appeal to the British House of Commons in early 1858, the Colonial Office was already working through the complexities of the issue, although with little communication back to Sydney or the local worthies of Brisbane. The news of London’s final decision provoked a local sensation: the word ‘Separation’ was emblazoned on the bow of the Clarence when it too rounded a bend of the river on 10 July 1859, bringing the unexpected news to the disgruntled, dissatisfied citizens of Brisbane.

But the real business of separation was only beginning in 1859. Queensland’s landscapes and their patterns of occupation bear ample witness to the deep processes of separation, of individuals and communities, of people from place, fellowship and society at large. They offer stories of isolation and seclusion, parochialism and demarcation, but we also find efforts to overcome boundaries and divisions of various kinds.

We might start by recognising that the separation of communities and individuals by the exercise of social and political power is intrinsic to most systems of governance. As well as being exiles on a foreign shore, Moreton Bay’s convicts of the 1820s and 1830s were corralled into barracks, chained into gangs, worked under supervision, whipped when regulations were breached. In this abject state they were separated from the ordinary circumstances of their society and civilization, and punished. Commandants such as Patrick Logan and his successor James Clunie were legendary for their ruthless discipline. The control and subordination implemented by such men through a harsh, unfeeling, dehumanised regime was an early sign of things to come for other marginalised groups in society.

Aboriginal Queenslanders were separated from the broad mainstream of Queensland life and subjected to discriminatory policies first distilled in the infamous 1897 Aboriginals Protection and Restriction of the Sale of Opium Act. For decades, Government officials charged with the forcible control of persons deemed ‘Under the Act’ were empowered to confiscate wages, prevent free movement and employment, decide suitable marriage partners, order removal to an institution and even – the fact bears repeating – take away children. Far from any ideas of ‘assimilation’, separation and control were the central preoccupations of Government policy towards ‘mixed-race’ Aborigines.

Thus the histories of Queensland’s mission stations and Government-run Aboriginal settlements are, to paraphrase historian Val Donovan, stark and unsettling realities in a dark history of institutionalised racial discrimination. The language of individuals such as Chief Protector John Bleakley in explaining the need for separate Aboriginal communities evokes the deep-seated racism of official action. ‘Not only do [missions and settlements] protect the child races from the unscrupulous white’, he wrote in 1961 (as cited in Rosalind Kidd’s scathing book), ‘but they help to preserve the purity of the white race from the grave social dangers that always threaten where there is a degraded race living in loose conditions at its back door’.

This trenchant ideology had draconian consequences for thousands of Queenslanders. Ruby Duncan arrived with her family at the Barambah (later Cherbourg) settlement in 1930 to take what they thought would be temporary accommodation. She remembered the anguish when her parents, brothers and herself were abruptly consigned to three separate parts of the settlement.

I thought we were like an old rag that had been torn in three parts. It was never to be put back together again. I felt for my parents, they had come of their own free will to be assisted, but they were now being treated like people who had no rights.

Later, Ruby’s motherly care for her four-year old daughter was also ended by the rules of the settlement on the day little Ruth started school. Sent to the dormitory, separated from her mother by a simple lattice screen, the two were denied ordinary daily contact. ‘I had no idea that this day was going to be the beginning of a long and sad separation’, Ruth Hegarty later remembered. ‘This day was to rob me of the natural bonding that existed between my mum and me, and would place me under the “care and protection” of the Queensland government, which now classified me as a neglected child’.

Not all mission administrators were unfeeling tyrants, even if paternalism and crude racial ideologies were almost universal. Amid the pain, and perhaps against expectations, Ruth had fond memories of her childhood in the grim dormitories of Cherbourg, especially her ‘inseparable’ friendship with another ‘dormitory girl’.

By the 1960s, criticism of the efforts of Australian governments to secure the welfare and basic rights of Aborigines and Torres Strait Islanders was beginning to mount nationally and internationally. Arguments for civil rights, equal pay, recognition of prior occupation of the land, land rights and native title came to the fore. The 1967 referendum gave the Commonwealth power to legislate in Indigenous matters and recognised Aboriginal and Torres Strait Islander people in the national census for the first time. Although the achievement was mainly legalistic, this symbolic victory over the idea that Australia’s Indigenous peoples should be separated from the mainstream of national life was deeply significant. It was a decisive first step on a prospective road to reconciliation.

The humble posts and wire of rural fences mark another kind of separation in the Queensland landscape. In the era of ‘closer settlement’ from the late 1860s onwards capitalism rolled over the land, as crown land was sold or leased, runs surveyed and subdivided and paddocks stocked with sheep and cattle. The rural setting took its characteristic modern appearance of long grass and rusting wire. Cheap fencing, unrolled across countless miles of grazing and arable land, marked off paddocks and property boundaries, keeping stock from straying into scrub or the neighbour’s patch. Earlier, simple post and rail fences had marked little more than the demesne of the station homestead; now wire fencing might stretch to the horizon as it enclosed, divided and demarcated.

As elsewhere in Australia, protective fences were erected to safeguard non-infested areas against the rabbit plagues of the late colonial years. Later still, dingo fences were built to isolate the sheep-rearing districts: ‘A dingo fence stretching for 5,850 km encloses some 55 million ha – one-third of the entire State – and is a significant determinant on the location of sheep husbandry,’ reported the Queensland resources atlas in 1980.

A different kind of fence might also announce aspirations towards an earthly utopia. In a rural commune, the essential patterns of daily life and effort are predicated on separation, a physical and philosophical removal from everyday conventions. Co-operative settlements as a form of agrarian socialism were considered so worthy in Queensland that they were encouraged by legislation in the 1890s, resulting in a dozen unlikely communes situated near Gayndah, Roma, Chinchilla, Rolleston, Pomona and Lake Weyba. Perhaps unexpectedly, we discover the urge to rural simplicity and self-sufficiency associated with the ‘New Age’ counter-culture since the 1960s has a significant historical precursor in the aspirations of earlier Queenslanders.

Separation might also be regarded as a way of ordering reality, so that an abstract idea is made concrete. A great deal develops in consequence of lines separating communities on the map, a fact well known to the many proponents of the secessionist impulse in North Queensland. Taking another tack, we see that local separation has been essential to local government across the State’s vast landmass. The patchwork of local government divisions begun in the 1860s and 1870s to recognise parochial interests, in time evolved as bastions of local privileges and identity. The men and women of Belyando held themselves proudly aloof from their neighbours in Clermont; Ipswich City and the surrounding Moreton Shire were two distinct entities, a clear separation of urban and rural.

By the early twenty-first century, in an era driven by values of administrative efficiency, such divisions seemed an impediment to the delivery of regional and remote services, resulting in inadequate planning and management of growth.  A government-initiated Local Government Reform Commission considered various ‘structural barriers’ through examples such as population growth that needed regional (not local) solutions, the unnecessary complexity of competing local planning schemes, and the ‘artificial’ barriers imposed by boundaries out of step with economic communities. In what was regarded by some critics as a highly ‘Queensland-centric’ approach, no reference was made to national or international comparisons.

Amalgamation of city councils with their regions, and of groups of co-located regional shire councils, debated amid much acrimony, came into effect in March 2008. The number of local government areas in Queensland was halved from 157 to 73. Western Queensland retained many of its traditionally large shire councils, but elsewhere ‘regional communities of interest’ became the new benchmark. In this way, a perceived separation (at least, as seen by government and its commissioners) was the catalyst for sweeping change imposed through forced amalgamation.

‘Behind the banana curtain’, in Hugh Lunn’s phrase, we find a Queensland that had its decisive political genesis in an act of political separation. Ever since, questions of difference and division, isolation and discrimination, have been part of the texture and pattern of Queensland life.

The separation of 1859, re-celebrated every time the Maroons pull on their jumpers and the fans shout ‘Queenslander!’, is of a kind that gives shape to distinctiveness and so underpins the evolution of collective identity. But separation also manifests power as it intrudes and re-orders, coercing human lives and the non-human world we inhabit. In an elemental sense separation divides the world, its people and places, into distinct parts to create meaning and permit the exercise of power in various forms. Each of these might inscribe the landscape over time in ways that echo and recur in life, in lived experience and the imagination.

Separation leaves traces in the mind, on the body, in relationships and in the landscape. People are separated from others, from home, and even from parts of themselves. Deploying these three interconnected words - separation, division, isolation - we approach an important theme in Queensland’s social, environmental and psychological experience.

Val Donovan, The reality of a dark history: from contact and conflict to cultural recognition, Brisbane, Arts Queensland, 2002

Ruth Hegarty, Is that you, Ruthie?, St Lucia, University of Queensland Press, 1999 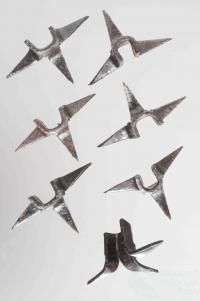 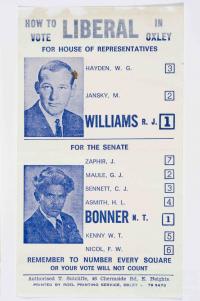 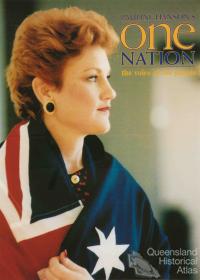 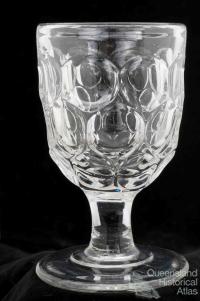 Pith helmet
‘A little bit of love for me and a murder for my old man’: the Queensland Bush Book ClubAsylums in the landscape