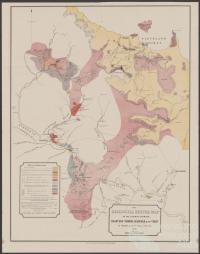 District between Charters Towers and the coast, 1878
By:
Shelley Greer
By:
Karen Phillips

Heritage significance is often based on associations between specific places and particular people, groups or events. The idea of ‘movable heritage’ requires a broader frame or a ‘cultural landscape’ that can encompass the movements of people and objects and the spheres of their interactions.

For most people, ‘heritage’ means some kind of inheritance from one generation (or more) to another and is coupled with stable, long-term occupancy. However, in ‘frontier’ zones, heritage is often a more tenuous and less tangible enterprise. This is the case for the settler history of North Queensland, which emerged from industries such as cattle and mining, and where ‘distance’ and ‘movement’ are dominant themes. The isolation of living in remote places meant that the provision of services was often fraught with difficulty. Many aspects of human life, from social engagement to survival, were based on the movement of people and goods, sometimes over long distances.

The city of Townsville, the largest city in tropical Australia, was established in 1864 to provide necessary infrastructure such as a boiling down works and port facilities to support the burgeoning cattle industry. Within a few years, gold fever hit the north and fields at Ravenswood and later Charters Towers (located 90 km and 130 km inland from Townsville) provided further impetus for development. Essential goods were offloaded through the port of Townsville, bound for the gold fields via bullock drays. Hopeful miners also disembarked there, often unaware of the hot dusty walk to the gold fields that lay ahead of them. Connections forged during this period between the large coastal town and the small inland settlements remain to the present day.

One of the most intriguing aspects of these connections lies in the many heritage houses found in Townsville that are thought to have been transported from Charters Towers, Ravenswood, or in some cases both. The background to this lies in the adjustments made in design and construction to meet the demand for cheap and easily constructed houses in response to the sudden opening of the gold fields. These changes, that had effects beyond the gold fields, included the use of a light timber frame, simplified and standardised plans and prefabrication. By the early part of the twentieth century, extraction of gold at Ravenswood and Charters Towers was no longer economically viable. People left the fields looking for employment and the empty houses left behind were often transported elsewhere, facilitated by their adapted design and construction.

Although the full extent is unknown, many of Townsville’s heritage houses are anecdotally thought to have been relocated from the gold field towns. According to one source, approximately 1000 houses were transported to Townsville and the nearby Burdekin towns of Ayr and Home Hill in 1917. This suggests that a significant proportion of heritage houses in these centres had their origins on the gold fields. New research is attempting to verify the extent of relocation and whether certain sorts of buildings were favoured for removal. The question as to why this occurred is equally important, although it is likely that (then as now) the transport of existing houses was more economical than building from scratch. Wooden and sometimes iron houses lent themselves to removal, as they could usually be jacked up in some fashion. Brick houses, which were uncommon in Queensland, even in the larger cities, until after World War II, are almost impossible to move because of the weight and cracking of walls.  Minor cracking is easy to repair on a wooden house. The technology required to transport the buildings also provides an interesting study. Originally transport was probably on ‘jinkers’ pulled by bullock teams but the railways were also used after the establishment of the line in the late nineteenth century.

This aspect of North Queensland’s heritage raises some important considerations for understanding the past. In particular, it suggests a past of movement and adaptation as much as the more traditional elements of stability and security. The ‘settlers’ were often people on the move and even their buildings (often the most immovable elements of the past) were moved!

This movable or transportable aspect of heritage raises some important issues that continue to the present. Recently a house that had been moved from Charters Towers to South Townsville in 1915 was purchased for removal to a new development on Townsville’s outskirts. The house (including its ‘removal’ history) was listed on the Townsville City Council’s local heritage database. The issue for heritage managers is the degree to which the cultural significance of the house lay in its origins in Charters Towers, the 92 years it spent in South Townsville, and/or the fact that it is part of a continuing practice of removals.

The heritage value of this house and others like it is most likely tied up in all the layers of its history. While it is sometimes difficult to think of ‘heritage’ in the present, continuity of practice such as is described here provides a good illustration of the fact that much of what is inherited is intangible practice.

Moving the laboratory at the Pioneer Mill, Brandon, 1965

Moving the laboratory at the Pioneer Sugar Mill, Brandon, 1965 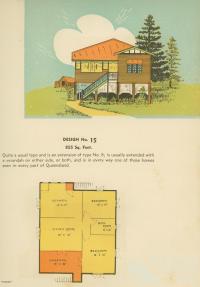 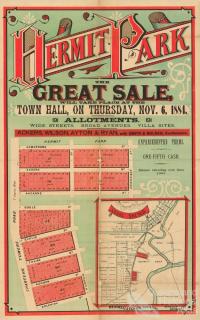