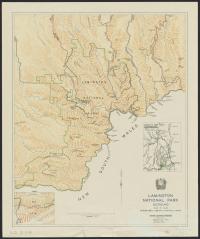 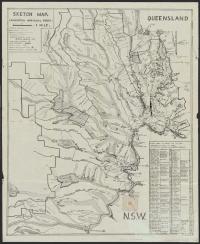 From the earliest days of settlement Europeans could be found strolling, rambling, tramping and trekking in the Australian bush for pleasure. With its dense rainforests, desert gorges, extensive mountain ranges, tropical islands, and wild rivers Queensland had much to offer the bushwalker intent on active recreation and communion with nature. The McPherson Range, the Atherton tablelands, the Daintree rainforests and the Capricorn Coast, each home to spectacular scenery, varied ecosystems and distinctive wildlife, became popular destinations for those who liked to travel on foot for pleasure.

Bushwalking did, however, take its time to develop broad appeal in Queensland, much longer than was the case in its southern counterparts. The warm, humid climate made the idea of carrying a pack, even for relatively short distances, unpalatable to many. But certainly from the late nineteenth century, growing numbers of recreational walkers can be found making their way through Queensland’s bush on day trips, weekends and for longer holidays. Some came from elsewhere, lured by the opportunity for adventure provided by walking through sparsely settled country. In 1882, twenty-year old Victorian, George Morrison left Normanton on the Gulf of Carpentaria to roughly backtrack the route of Burke and Wills. Morrison carried his gear in a swag and mostly camped outdoors. Travelling in summer, he encountered intense heat and flooded creeks. He suffered hunger, thirst and painful blisters and was often ill at ease, alert to the potential threat of Aborigines. Most walkers preferred more leisurely bush excursions. For those in and around Brisbane, Mount Coot-tha, Mount Glorious and Samford Valley provided relatively accessible places to escape the pressures of working life in the city. In the 1890s Mount Tamborine, began to attract tourists from Brisbane and further afield. The road to reach the mountain was pretty rough but the establishment of a guesthouse, St Bernard House, meant that visitors could stay overnight in relative comfort. Mount Barney and Mount Lindesay also became popular, especially for the walker who enjoyed the added thrill of rock climbing.

The declaration of Queensland’s first national parks at Witches Falls and Cunningham’s Gap in 1908 and the Bunya Mountains in 1909 recognised the growing interest among Queenslanders in having accessible natural places to walk and enjoy the pleasures of beautiful scenery. In 1915 Lamington Plateau was proclaimed a national park, and largely through the efforts of the O’Reilly family, it gradually became a world-famous destination for bushwalkers and tourists more generally. The family established a guesthouse and carved out a network of tracks in the dense rainforests. A similar venture at Binna-Burra, on the western edge of the park, soon followed.

In the 1920s the Queensland press began to notice the growing popularity of the walking tour, an excursion that involved at least one overnight stay in the bush, among groups of young men or young women, but not it seems groups of mixed sex.

Still the lament continued that Queenslanders were not fully alert to the joys of bush walking. Nettie Palmer commented in the Brisbane Courier on 26 May 1928 that Queenslanders ‘did not take walking seriously’. On 30 July 1931 ‘Verity’ in the Brisbane Courier noted that walking in the countryside in England, always a popular pastime, had reached the status of a cult. She doubted that it would ever be quite as popular in Australia because of the climate and the lack of places to sleep indoors overnight. This was especially the case in Queensland as settlement in outlying areas was so scattered that the carrying of camping equipment threatened to turn what should be a pleasure into a burden.

However, in common with the rest of Australia, the 1930s witnessed an upsurge in interest in bushwalking or, as it was often called, hiking. In the winter of 1932, the state railways organised a series of ‘mystery hikes’. Walkers boarded the train with no idea where they were headed. On reaching their destination the group was led on a short walk before boarding the train again for home. Brisbane excursions included walks from Closeburn to Cedar Creek, Birkdale to Wellington Point, Beenleigh to Buccan, and Canungra to the top of Tamborine Mountain. Despite an outcry from many churches, concerned that the hikes commercialised Sundays, Brisbane dwellers participated in the hundreds.

The interest in walking was also evident in the formation of bushwalking clubs. Sydney and Melbourne already had a number of well-established walking clubs. Now Queensland followed suit. In 1931 a small group of women associated with the Young Women’s Christian Association formed the Boomerang Walking Club in Brisbane. Only open to women, most of the walks were one-day excursions but they did also undertake some overnight trips. Clubs were not only confined to the capital city; the Cairns Alpine Club formed in 1932.

Ultimately the enthusiasm for walking did not lead to an upsurge in bushwalking clubs, at least not longstanding ones. When John Taylor, a South African, visited Brisbane in 1948 he was so surprised that there was no bushwalking club that he wrote to the Courier Mail bemoaning the lack. A public meeting followed and led to the formation of the Brisbane Bushwalkers. The choice of name is significant. Bushwalking is an Australian word that gradually entered the language in the 1920s. That the new Brisbane club chose to use bushwalking in its name indicates how it had become an accepted part of the language.

Since the 1950s bushwalking clubs have been an important part of Queensland’s bushwalking culture. In 1965 eight clubs came together to form the Queensland Federation of Bushwalking Clubs (now Bushwalking Queensland Inc). It now unites 24 clubs and aims to represent the interests of bushwalkers, particularly as it relates to access to the bush. Still it is the case that clubs only cater for a small fraction of those who enjoy bushwalking.

Governments have increasingly played a leading role in providing the infrastructure to support bushwalking. This has been strongly motivated by the recognition of the important place of tourism in Queensland’s economy. In 2001 the State Labor government announced it would spend $10 million to create six ‘world-class walking tracks through some of the state’s most beautiful natural areas’. The aim was to establish tracks on par with the Milford Track in New Zealand. Known as Great Walks Queensland, the project established tracks on Fraser Island, the Gold Coast Hinterland, Mackay Highlands, Sunshine Coast Hinterland, the Wet Tropics and the Whitsundays. A further $6.5million has since funded an additional four Great Walks.

Today bushwalking is widely recognised as a legitimate and enjoyable use of Queensland’s landscapes. And yet it does seem that its enthusiasts occasionally struggle to convince others to participate. A 2007 brochure encouraging Queenslanders to get out into the bush felt the need to exhort ‘And remember bushwalking is fun!’

Melissa Harper, The ways of the bushwalker: on foot in Australia, Sydney, UNSW Press, 2007