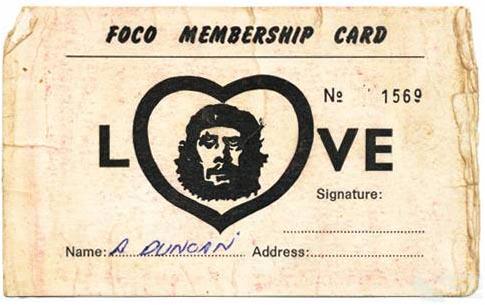 Foco membership card. Foco was a membership based club – with membership granted only to those who paid a membership fee of around 70 cents. Members received this membership card and weekly issues of Foco’s irreverent newsletter. The membership card provides a glimpse at the levels of organisation intrinsic to Brisbane’s radical movement, as well as the attempts made to mix culture with politics. The word LOVE – a highly symbolic countercultural term – is partly constructed using Che Guevara’s head, another iconic figure of sixties youth culture. Private Collection