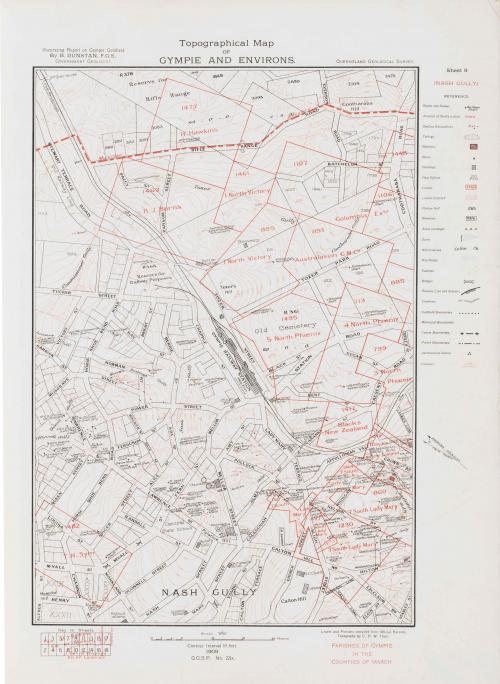 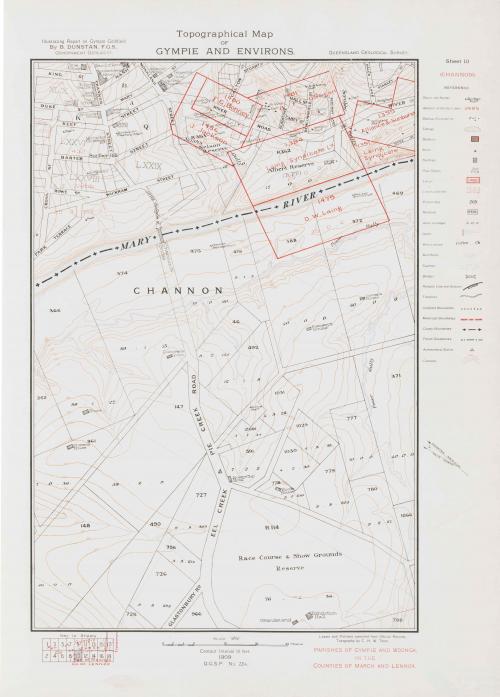 The Geological Survey of Queensland commenced in 1868 at the suggestion of Richard Daintree. Daintree, a geologist and photographer from Huntingdonshire in England, had arrived in Queensland in 1864, having spent time on the gold fields of Victoria. Daintree travelled through the north of the state finding several indications of gold, copper and coal and his prospecting work in North Queensland is recognised as a catalyst in the early development of gold in that area. One of Daintree’s contributions to Queensland was a large collection of photographs showing people and places in landscapes.

Topographical map of Gympie and environs, Queensland Geological Survey, 1909. Illustrating report on Gympie Goldfield by B Dunstan, Government Geologist, sheets 9 and 10. Collection of the State Library of New South Wales