Suburban portions of Noosa and Tewantin, 1944

Collection of the Queensland State Archives

Suburban portions of Noosa and Tewantin, 1944. Parish of Weyba, County of March, Gympie Land Agent’s District, Wide Bay. Drawn and published at the Survey Office, Department of Public Lands, Brisbane, January 1944. Printed at the Government Printing Office. Price 1 shilling. Map shows suburban portions of Noosa and Tewantin including the T.M. Burke Estate, the area around Noosa and the Noosa River, including public and recreation reserves, Lake Weyba, national park and areas reserved for timber. Collection of the Queensland State Archives

Nature tourism is our future, 1994 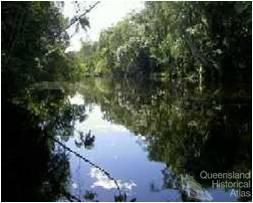 North of the Iwasaki Resort is the Byfield area. Of high environmental value it was sought by conservationists as a national park. In October 1987 Premier Bjelke-Petersen proposed to make it an environmental park under the management of the Iwasaki Sangyo Corporation. The Capricorn Conservation Council, and the National Party’s State Conference strongly opposed a proposal clearly in conflict with the view that national parks belong to the people. When Bjelke-Petersen left the Conference early, it enshrined the national park and called for a register of foreign land holdings.